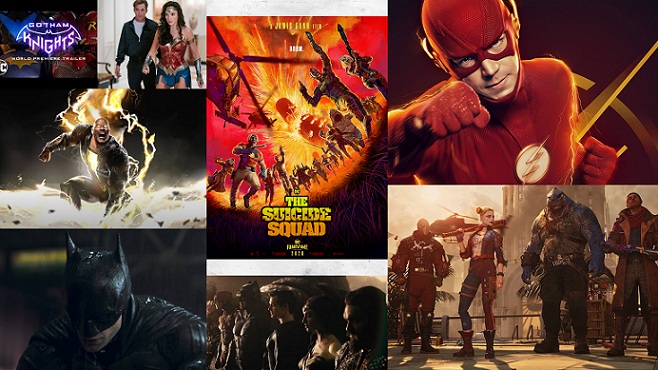 Hello Friends, as you know DC Comics has organized an event by the name of DC FanDome, which you can see by visiting the DC FanDome’s website. Information related to DC Comics has been provided there. Trailers for upcoming Movies, Video Games, Animated Series and Web Series were released at this online event. If you want to know more about it, then please visit the link given below.

The released trailers are being sorted here for all the readers and viewers. Enjoy this unique and wonderful experience of “DC FanDome“

Directed by none other than Mr. Jack Snyder, famously known as the ‘Snyder Cut‘ among the DC Fans.

Robert Pattinson is the new ‘Batman’, This time ‘Rage’ has a new Face!! Directed by Matt Reeves.

‘The Suicide Squad’ directed by James Gunn. The Teaser has been released, take a look.

‘The Rock’ is Black Adam and I strongly believe ‘Shazam!’ and ‘Superman’ is going to be the part of it.

The Flash is Running again on CW. Season 7 on the go.

Another Installment from the ‘Batman’ franchise. Excited to see the ‘Bat Family’ together.

This is a whole new level. Don’t miss the ending!!

Did we miss anything, If it is so then it will added on another thread. Keep Reading, Keep Watching, Keep Rocking.. Comics Byte!!