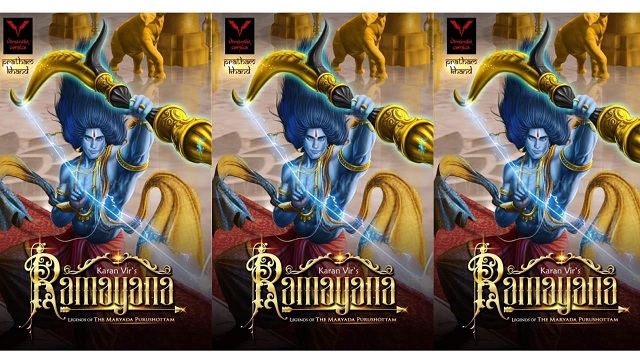 Welcome Comics Community, today on the auspicious occasion of Ram Navami we will talk about ‘Vimanika Comics’ upcoming & most anticipated graphic novel “Ramayana” – Legends of The Marayada Purushottam Volume 1. Its pre order went live last year at the time of Dussehra and now on the auspicious occasion of Ram Navami, its extended for only the last couple of days and the last date of Pre Order is 22 April 2022. Volume 1 will have 100 pages which will be published in English language by September 2022. For Indian readers, its price has been kept at Rs 399/- and readers can pre-book their issue by visiting the link given below.

Even before this, Vimanika Comics had also announced to publish Shiva – The Legends Of The Immortal – Jalandhar – Volume 4, the pre-orders of which were valid till February. Let me tell you that, “Shiva – The Legend Of Immortal Series” is one of the best comic book series of Vimanika Comics, of which 3 parts have been published so far and Jalandhar – book 4 is its sequel.

Vimanika Comics have always tried to innovate whether it is launching its NFT by adopting new cutting edge technology or listing its merchandise on the famous web portal called Wear Your Opinion. You can see the T-shirt with the print of Lord Ram and Vighnaharta Ganesha below –

Just last week Vimanika Comics announced that their best seller action figure – ‘Shiva’ will once again be available on pre-order very soon. It will be made with the technology of 3-D printing and shipping will also be completed within a month. Stay tuned for more comics world news, thanks – Comics Byte!!